How could we top Tombstone?  Leaving the Yukon last week, it was hard to imagine what we might find in Alaska that could rival the spires and scenery we crossed paths with in our previous wilderness adventure.  Crossing over between the Yukon and Alaska via the Top of the World Highway, we made our way into America’s northernmost state with high expectations of what the state might bring.

It was immediately apparent that just like its southern neighbours, Alaska continues the trend and indeed provides scenery that rivals any of which you may find in British Columbia or the Yukon.  Most of its population has quite happily removed itself from present-day life, and can be found scattered across the vast wilderness that makes up Alaska.  Gold prospecting is still a prevalent life for many in those certain regions, and providing for one’s self through hunting and harvesting is not a recently developed habit of the hipster era, it is a way of life.  While the few major hub cities that dot the state’s landscape may showcase residents in suits and ties during the week, these same residents can be caught fishing the seasonal salmon run on their lunch hour just a few blocks down from the office in the heart of downtown.  Essentially, Alaskans mean business.

So where to first?  The last of our known must-sees, Denali National Park boasts wildlife for days and scenery to boot.  At 20,320ft, Denali (or Deenaalee as it is called by local Athabaskans, roughly translating to ‘The Tall One‘) is North America’s highest peak.  To its side lies Deenaalee-Be’ot (The Tall One’s Wife), or Mount Foraker, at 17,402ft.  Knowing this, it only seemed fitting that we spend some time in the company of these two great peaks.

Let me preclude our park trip by saying this; American National Parks are a bit of a culture shock even to a Canadian who has just a few short weeks ago left the buzz of Banff and Jasper National Parks.  The Americans know how to take a natural attraction, and organize and commercialize the hell out of it.  There is nothing more soul-sucking that leaving the remote wilderness and entering a visitor center for a large National Park.  The tour busses, the RV’s, the motorhomes…..the people. (And that’s not to mean the American people, it’s just the sheer number of people in general).  It can leave one a little daunted and skeptical that any type of wilderness experience may occur on the other side of the park boundary when you are gathered with so large a group of seemingly inept individuals completely content with being herded around like cattle.  Have you ever looked into the eyes of someone fresh off the tour bus?  I dare you.  They could give the walkers on the ‘The Walking Dead’ a run for their money.

Now that I’ve had my chance to rant, however, let me tell you that Denali is 100% my top recommendation of parks to hit up in Alaska. (I know it’s the only one we’ve been to so far, but I don’t see it moving far down on the list even after then next few weeks).  The daunting thing about Denali is that for a short time, you do become one of the cattle.  You have to register to camp (last-minute trip planners beware), and private vehicles are not allowed onto the one road leading into the park.  You must make a reservation to get on one of the operated busses that run into the park (either one that includes a ranger, or a simple hiker/camper bus), and if you are camping in the backcountry you must go through a tutorial video, register with the park service and adhere strictly to their bear policy.

Unless you are one of the aforementioned Alaskans that lives out in the bush and has done so for the past 50 years, I can almost guarantee that you will see more wildlife in Denali National Park than you have seen in your entire life. Hands down. At last count, we stopped counting the number of Caribou we had seen (and groaned whenever the bus actually stopped, again, for another one), moose, countless Dall sheep, over a dozen Ptarmigan, and over ten Brown bears (it was hard to tell which ones were repeats from the day before).  This included a Sow and her two little cubs, which were inevitably, the cutest thing you’ve ever seen.

In essence, becoming part of the tourist herd has its perks.  In an effort to keep the park wild, the limitation of vehicle traffic and the control of the travelers to and from the park has allowed Denali’s wild to flourish.  It becomes old news to see another Caribou or Ptarmigan, because they’re everywhere.  And as one bus driver that we had commented, ‘If you don’t see the animal, then it just means you’re not looking hard enough.  Because I can guarantee that there’s a moose, bear, caribou or sheep out there, it’s just a matter of timing and good eyesight.’

And Denali has a great little secret for those that manage to weather the entrance gate storm; once you’re on the bus and in the park, you’re free to go wherever you want.  Because the thing about the American’s National Park mentality is this; Parks are public property, and as such they have no reason or authority to tell you when or where you cannot go.  As a Canadian, who grew up with designated trails and the mentality that you must stick to them, this was overwhelmingly exciting beyond belief.  Jump off the bus wherever your heart fancies, and climb whatever peak suits your eye?  No problem.  Hope you’ve got whatever you need to do it, and have fun.

And so off we would get, and away the bus would go….

It truly made me look at parks in a whole new manner.  Because for the first time, we weren’t looking for the trail.  We were just looking for a trail, or sometimes, no trail at all until we, or something else, had made it for us.  We were free to roam like any other creature of the park, wherever we wanted.

And so we did.  For three nights, we camped at Igloo Creek (only 7 tent sites, but they’re almost always open to book with only one day’s notice.), and each day, we either hiked from our camp site or caught a passing bus until we saw a peak that looked appealing and jumped off to go climb it.  If you’re simply doing day hikes while staying at a designated camp site within the park, you don’t need to register as a backcountry traveler or sit through any VHS-era tutorial, and merely need some basic backcountry smarts about being prepared and traveling in bear country.  Having equally terrible singing voices and some good whistles (thanks John!), Byron and I managed to ensure the bears maintained a two valley gap between us and them at all times.

To top the trip off, which was already going to be hard to do, on day three the skies cleared and we saw what only 30% of visitors to the park get to see; Denali itself.

A recent geological survey found that Denali’s current recorded height of 20,320ft measures the mountain 82ft higher than it actually is. Although once corrected it will be moved from 109th to 110th on the list of the world’s tallest peaks, Denali is a beast to be reckoned with.  It simply dwarfs all other mountains which dress its flanks, and stands to challenge those who seek its lofty summit.  In 2015, 1089 climbers had registered to ascend Denali, and only 601 successfully reached the summit.

We left Denali four days after we first stepped across its park boundaries with hearts and minds brimming with gratitude and happiness. The uninhibited manner in which one is free to wander and explore this great park left us both with a great appreciation for everything it can offer you if you choose to seek it.  With Deenaalee and Deenaalee-Be’ot presiding over us as we did, we couldn’t help but feel right at home. 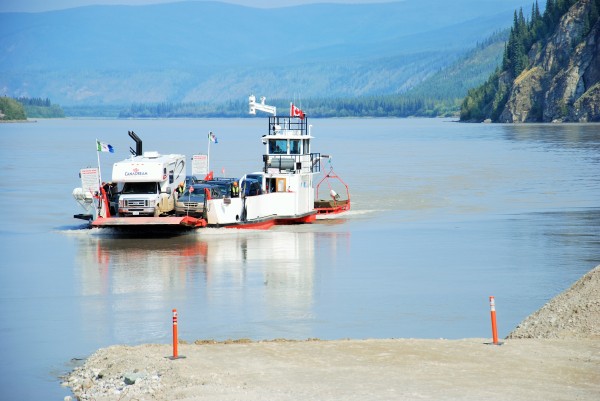 Ferry leaving Dawson City taking us across the Yukon River and on to Alaska.

Cairbou along the top of the world highway 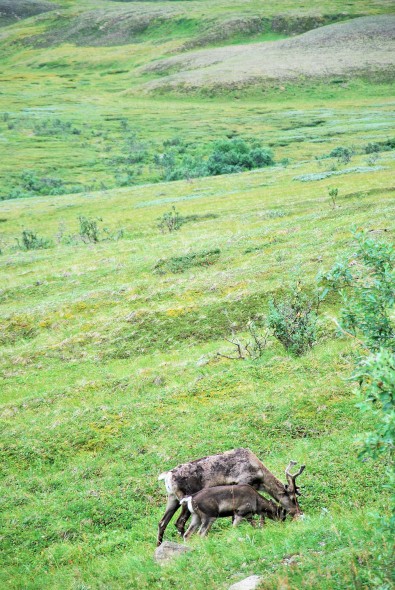 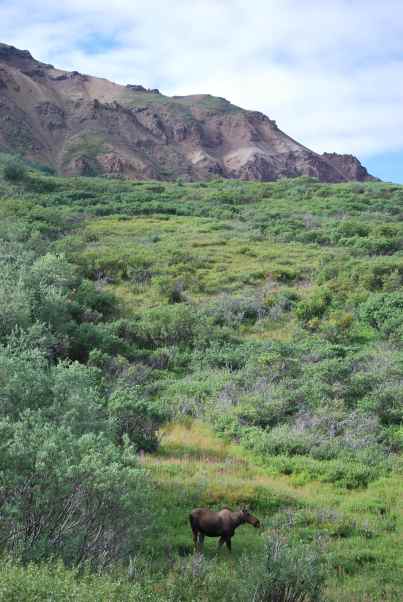 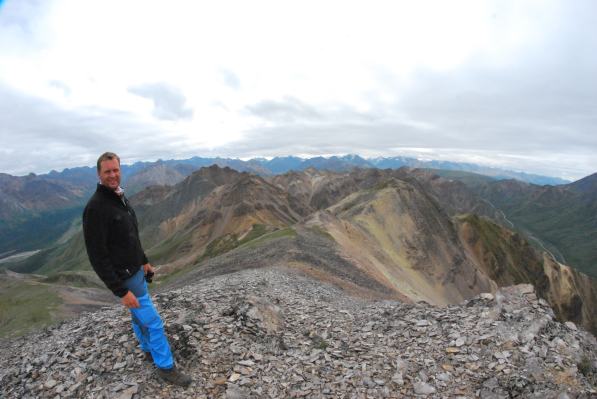 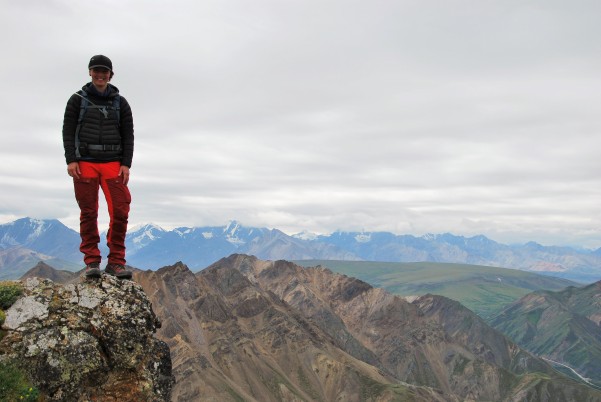 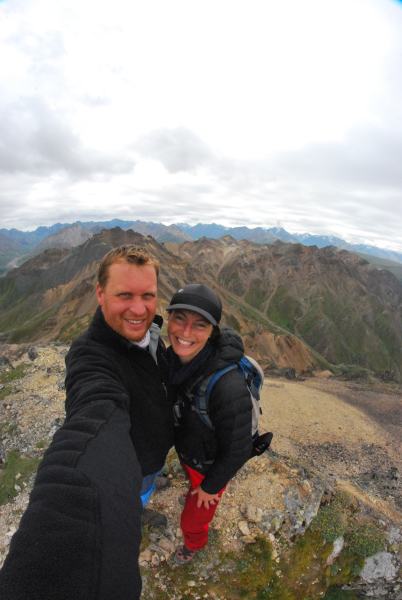 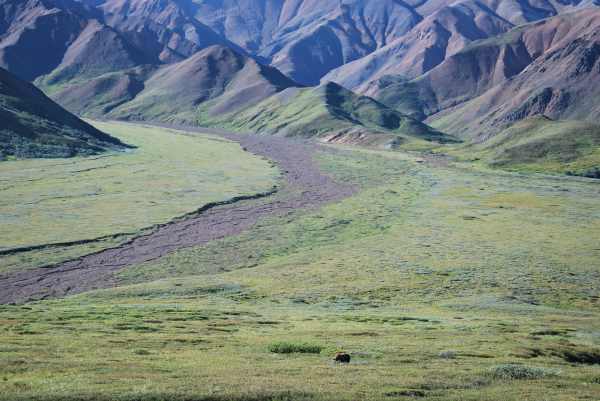 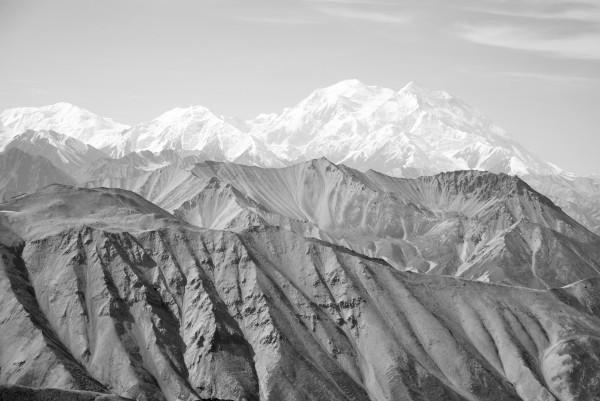 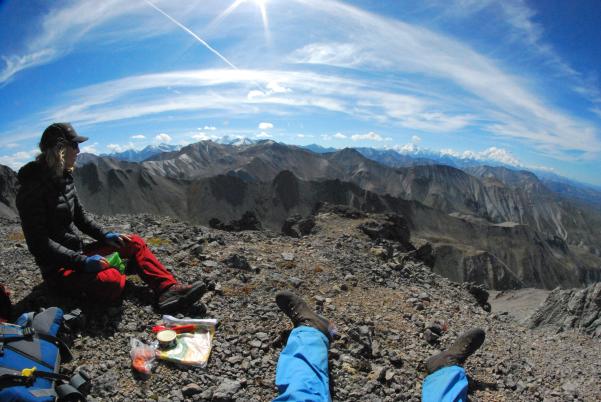 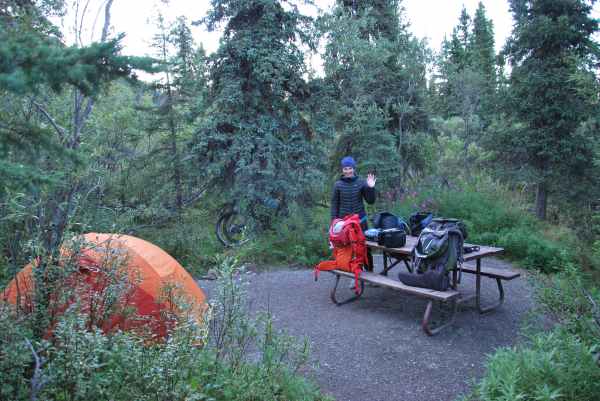 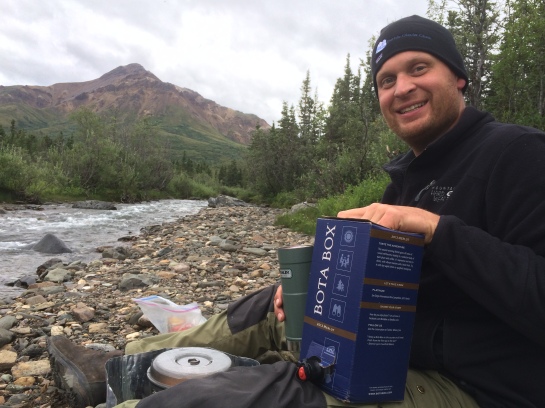 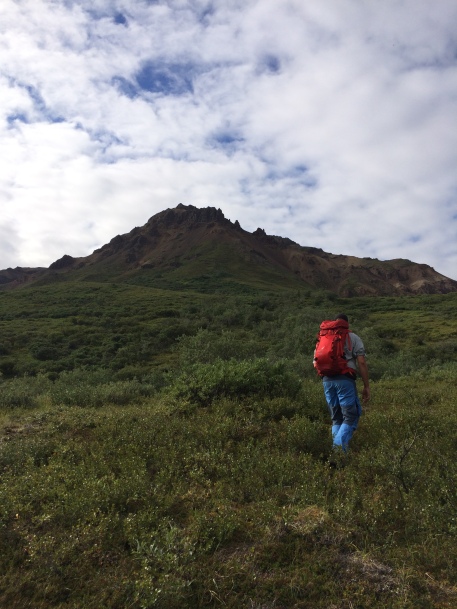 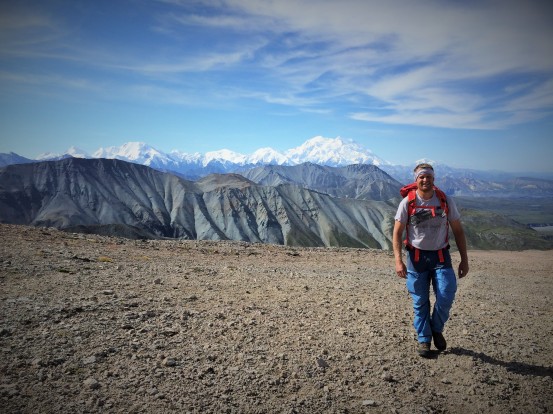