Together with neighbouring Tatshenshini-Alsek, Glacier Bay and Wrangell-St. Elias Parks, Kluane National Park bursts with vast rivers of glacial ice, towering peaks that scrape the sky and a spectacular array of biodiversity.  Home to the world’s largest non-polar icefield and Canada’s highest peak, the four parks make up the largest internationally protected area on earth, and was designated a World Heritage Site by UNESCO in 2006.

After waiting out the passing rain, Byron and I struck out into Kluane National Park on Thursday morning, ready to stretch our legs and explore all that we could access on our own two feet.  Similar to the surrounding parks and the west coast of the north, Kluane National Park is interrupted by only a few hiking trails, while the rest is left to the rivers and creatures that call this remote region home.  After assessing the options, we chose a course which would take us 22.5 km up the Slims River to Canada Creek, where a small campsite stood as a launching site for hikers to explore the surrounding peaks and offered a glimpse into the glacial world reaching far beyond.

Not ones to let a week of car time slow our pace on the trail, we packed our bags and set out for camp.  Although the warden with whom we registered mentioned there were several other large groups in the backcountry already, we silently hoped they might already be making the return trip and we would have the place to ourselves.

After eight hours of sand, marsh and trail (and quite a few fresh grizzly tracks), we pulled into camp with tender shoulders and aching feet.  We set up our tent and then collapsed to watch the sun set over the toe of the Kaskawulsh glacier with some dinner and wine (the bags may have been heavy and the trail long, but there was no way we were leaving the wine behind!) and to our excitement, a campsite all to ourselves.  Observation Mountain, our destination for the next day, loomed up to the South.  As I looked over its North face, I commented to Byron, ‘you know, I don’t think it would be too hard to hike it from this side’, tracing a makeshift route up its ridgelines with my finger.  He laughed, ‘yeah, we’ll see…’ he said, examining the map that showed the clearly marked route up the south.  Our tired feet and legs begged us for rest from the day’s journey so we soon relented, hoping the ground squirrels and chipmunks would be the only things passing by in the night.

The next morning we set off up the drainage towards the base of the mountain, contemplating our options.  After re-examining my route suggestion from the previous evening, we decided to make an adventure of it, and set off up the sheep trails and ridges that would (hopefully) take us to the top from the north.  If successful, we could always return via the marked trail down the south slopes.

If you were to ask the average person the grade of a slope, almost all of them would underestimate it.  Unfortunately, Byron and I fall into this category 99% of the time, even when we should know better.  What from below looks moderate quite quickly turns out to be steep, and what you think should only take an hour takes two.  Scrambling and huffing up the side of the mountain, I’m sure the sheep could only look at us and laugh.  Fortunately our route held true, and as our designated turn-around time hit we reached the top and found ourselves looking down on the most breath-taking views of flowing glacial rivers and towering peaks which stretch on into eternity.  Blessed with a few more hours of daylight we extended our stay at the top and simply sat, watching the motionless world of snow and ice creep its way forward down the valley.

After conquering Observation Mountain and the arrival of several groups of newcomers to the campsite, we packed up the following day, much to the protest of our shoulders and feet. Our window of good weather was quickly closing, and we decided it was time to make way for the coast again.  Our last stop in Alaska, tomorrow we’ll cross the border and head for Haines, where the salty air, some old friends and a grocery store beckon us.  After that we’ll be chasing the summer sun back south, making stops of course for a little more biking, hiking, and fishing along the way. 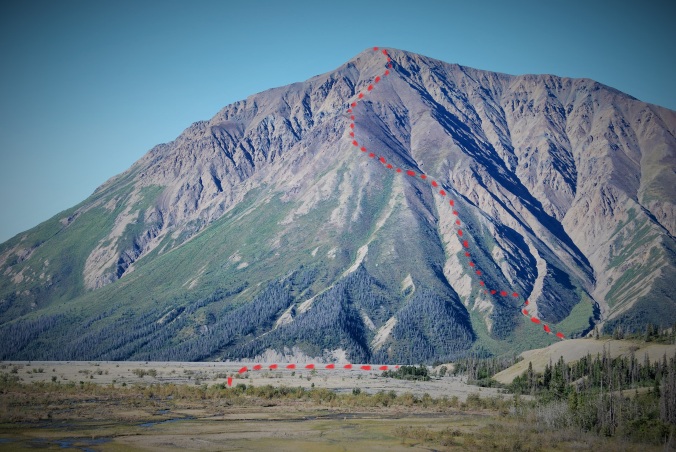 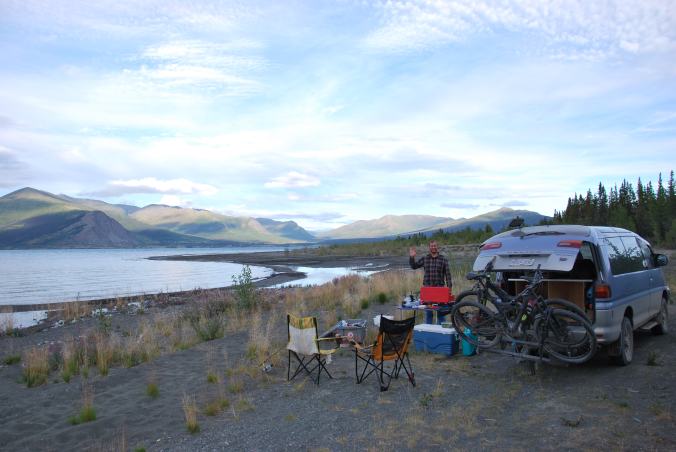 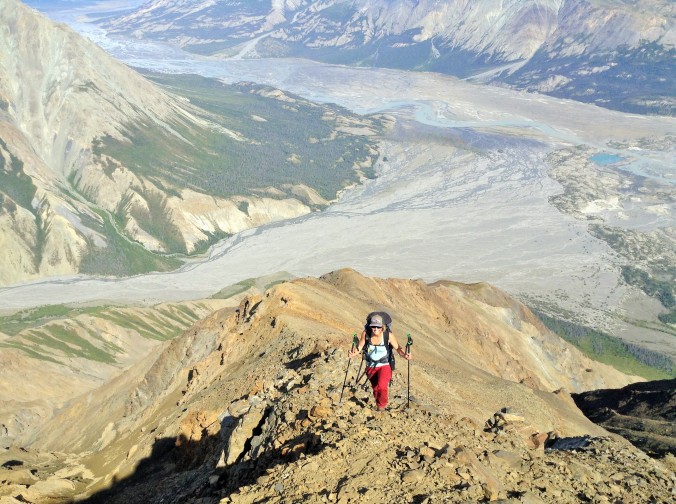 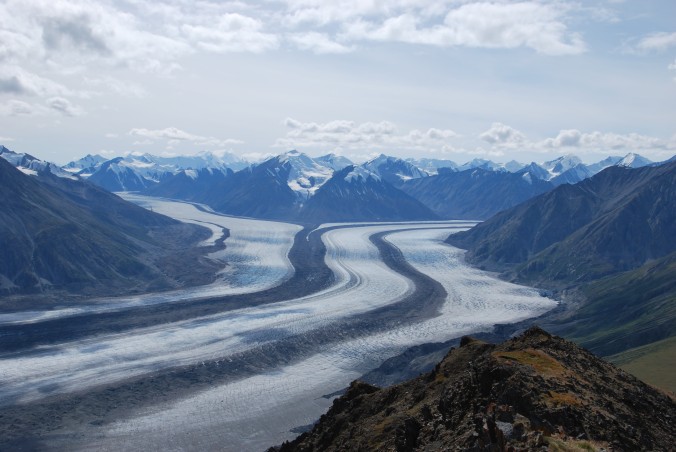 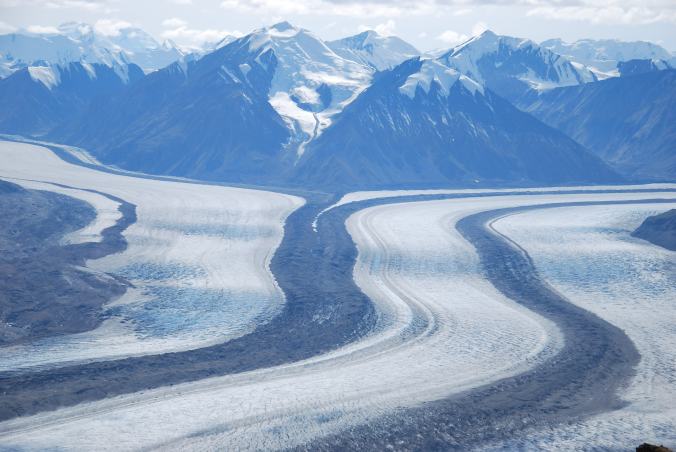 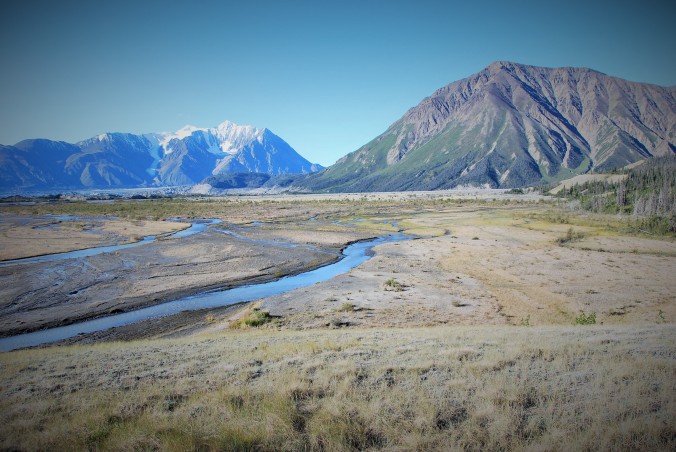 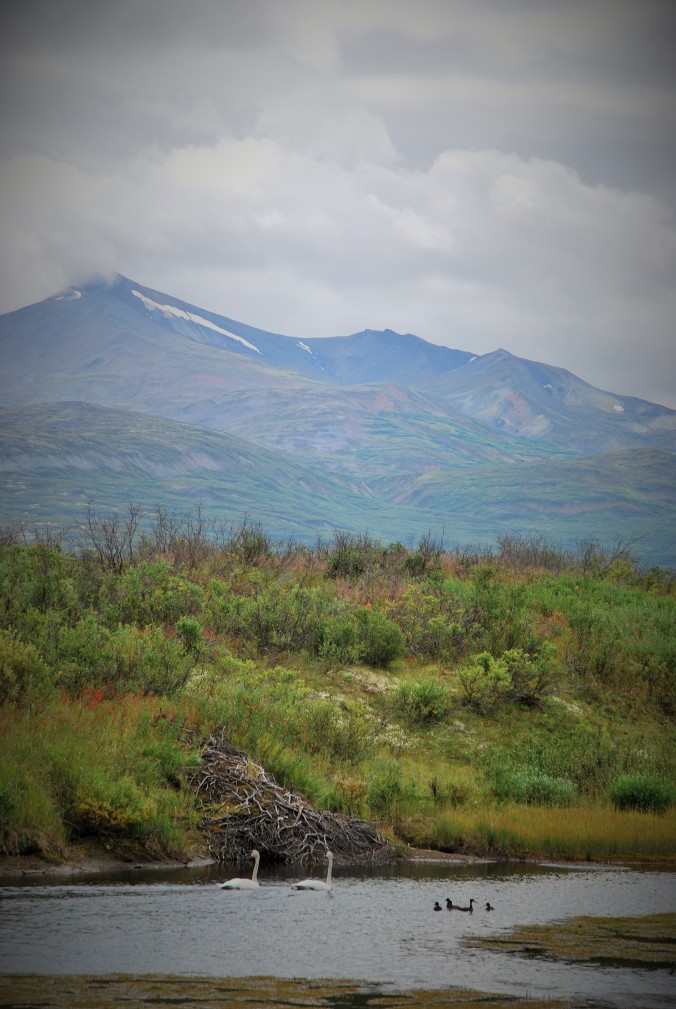 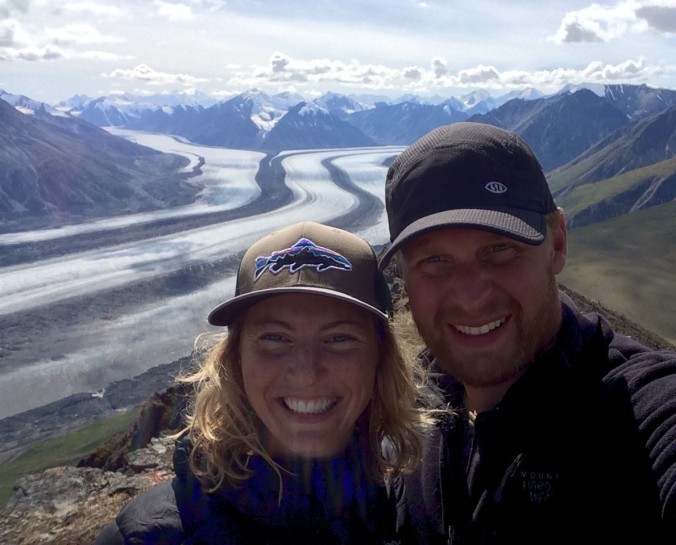 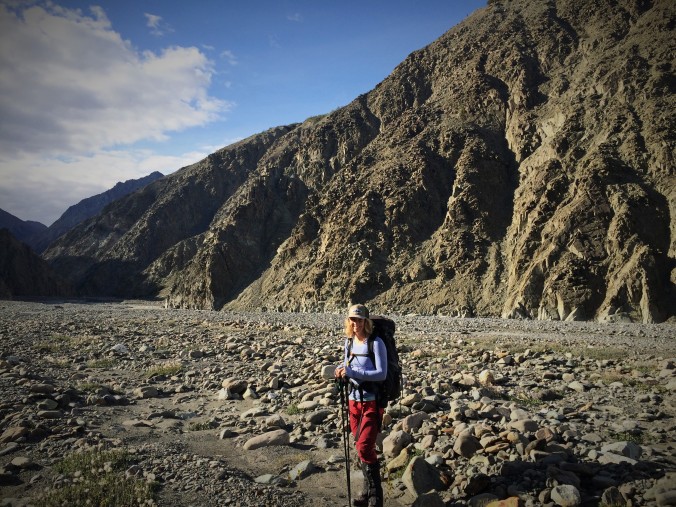