We arrived in Invermere Monday late afternoon and settled in for a week of visiting with family.  One of these days soon we’ll have to test out the Delica’s sleeping arrangements that we’ve come up with, but for now we’ve been enjoying the graciousness of friends and family and their spare beds as we ease ourselves into this vagabond lifestyle.

Because we wanted to give our camping gear a dry-run before heading up North (ie: away from anywhere where we might be able to grab something we forgot), we thought we would head out on an overnight hike and invited my Mom to join us. Although Shangri-La has always been on my bucket list, until now it has eluded me.  While not an extensive hike or trail, a little bit of glacier travel and a shortage of summer weekends hindered me from ever making the trip.

Located up the Francis Creek watershed West of Brisco, the drive to the trail head takes almost as long as the hike itself.  While the main branch of the road is still used for active logging, the 2.5km stretch of road leading off of it to the trail head has seen better days.  As one local, whom my Mother spoke with before we left on our adventure put it, we would need a high clearance vehicle that was rather narrow, as one corner of the road had been significantly washed out by the creek that ran over it.  He didn’t know if anyone had been in yet this year.  Well, the Delica fit the bill and we figured this would be a good way to test out her capabilities, so off we went.

It turns out, the Delica is one hardy beast, and proved she could perform when put to the test.  After ‘pin-striping’ her significantly on the drive up (ie: scraping her up as we drove through the alders encroaching the road), we made it up to the trail head.  The aforementioned corner was definitely a point of concern on the way up though, and reason for my mother to walk on the way down.  As we navigated the turn, I refused to lean out my window to check our clearance to the edge of the road; with the Delica’s front driver-side tire up on the bank on the opposite side of the road, it caused the vehicle to lean precariously towards the vertical drop the creek had so graciously carved out on my side.  I feared if I did lean out the window, it would be the straw that broke the camel’s back and we would promptly end our trip in a series of life crushing rolls.  My mother’s fortitude was a little stronger than mine though, so with her reassurance that we had room, we made it through and only had elevated heart rates to show for it as we parked the Delica and began our trip.

Shangri-La is a beautiful cluster of small lakes fed by several glaciers that surround the basin in which the lakes are situated.  Each one a different shade of blue, the lakes are a stunning spot to spend the night and enjoy the solitude and peace of the alpine environment.  After an hour and a half hike up, you cross over Tiger Pass, then traverse down over one of the many glaciers that feed the lakes below. Few crevasses were visible, but we took our time to pick our way down the shoulder of the glacier and kept ourselves spread out until we reached the foot of it below.

We reached the lakes around supper time and were eager to set up camp and get the beers cooling off in the creek (Byron’s such a champ for packing those up).  The bugs were fairly feisty so after a tasty pasta dinner we tucked into our tents; Byron and I in one, Winter and my Mom in the other.  In the morning, Mom told us that she and Winter spooned all night due to the cool temperatures in the alpine.  so now we know; in dire circumstances, the dog will definitely cuddle!

Shangri-La is definitely one to put on your list if you’re ever in the Valley; Byron and I would definitely do it again.  Now that we’ve checked over all of our gear and are happy with how it’s performing, we’re that much closer to the Yukon and Alaska and the backpacking adventures that await us there. Four more nights of luxurious real-bed sleeps, and then we’re on the road! 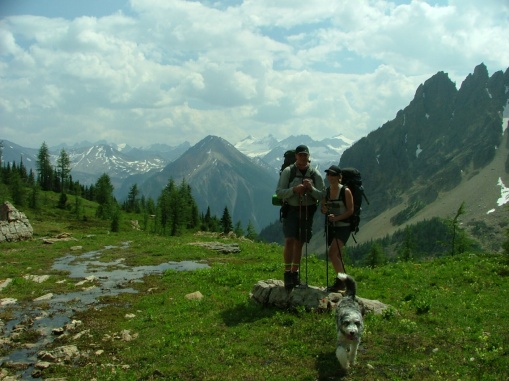 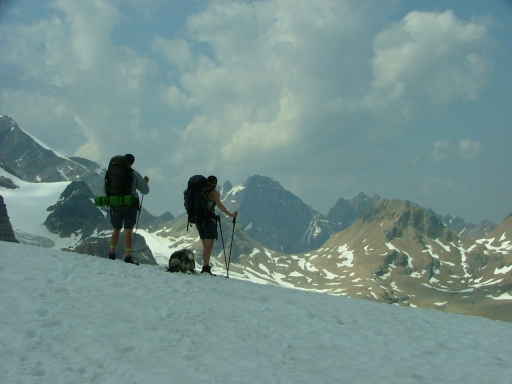 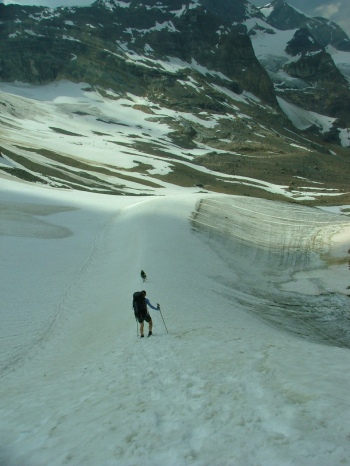 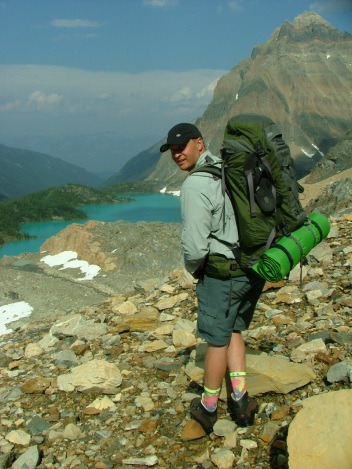 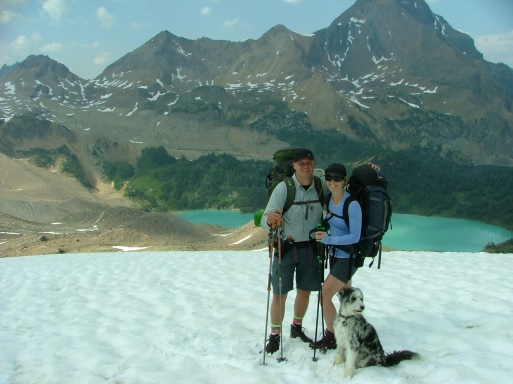 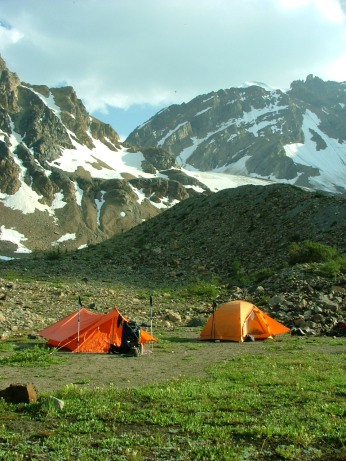 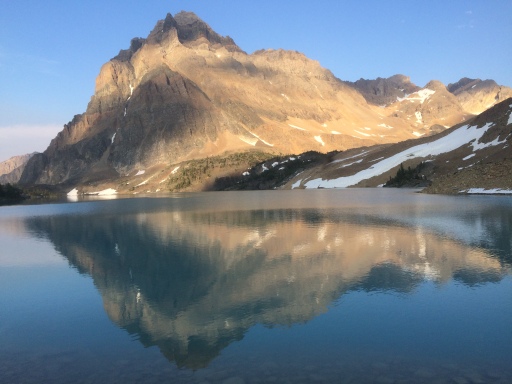 One thought on “Shangri-La at Last”